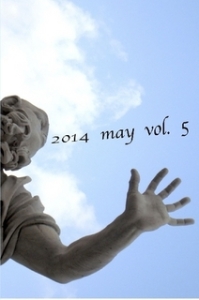 … things are getting even murkier …

return to A Year in Stories in the Store

A knock at the door. He closes his eyes, already mourning the solitude he’s about to lose. Knock-knock-knock. One thing Milena won’t ever be faulted for is lack of perseverance.

Guilie Castillo Oriard, Cause for Celebration

Myron’s thinking: What’s happening here? Not only is she making nice, she’s looking good too: tanned, trim, above her usual anorexic 95 pounds, some shape even. She have some work done while I was gone? Maybe a little around the eyes and chin and she wants to ease me into how expensive it was.

This second round of chemo has been more aggressive, Max feels like shit. He’s weak, can’t get comfortable, his butt hurts. As always, he’s putting on a good show. His hair is a medical marvel.

I also bought twenty-five shirts at Macy’s at the mall on my way home which I don’t need, but when I’m manic, I can’t make decisions and so I buy everything.

Stephanie is a counselor at one of the less-ritzy private schools in Baltimore. She thinks her job keeps her thumb on the pulse of the city; Charles thinks it makes her clueless.

I toss back the Manhattan. I say nothing. I smile. Dad says nothing. He looks constipated, in a happy way. I wave at a waiter glancing my way. All the waiters are glancing my way, everyone in this idiotic fire-roasted-overcooked-steak-free-salty-peanuts-emporium is glancing my way.

It’s been raining for three weeks. I don’t expect it to last for forty days, won’t dissipate into the crankdom of Doomsday prophecy. I am more conscious of death, particularly my own, since I’ve been gifted.

Andrew Stancek, Let It Be Done

“So, you’re a potter?” I ask her. “I don’t really, um, pot. I like those paint-your-own-pottery places, though.” She smiles at me like I’m the most idiotic person in the world.

I can tell from her breath that she’s been sucking aniseed balls again, and guess she’s managed to keep off the cigarettes for perhaps two days now.

As successful as his sermon had been, his nerves are still on edge. Only a few weeks remain until his teaching position at St. Anthony’s begins, and all the preparation in the world hasn’t subdued his anxiety.

I don’t know where she gets the impression that I’m good with ‘emotional stuff’. “We should order some takeaway,” I say. “My treat.”

Stevie hadn’t realized he was smiling. He was thinking about all the movies he’d seen with scenes like this, and how stupid it always looked, the Troubled Teen with nothing to say, the Concerned Adult with so much experience asking all the right questions, gently, gently.

The guy on my right keeps farting into his barstool while reading a tattoo magazine and the guy on my left is busy flexing and unflexing his prosthetic hand.

“Twainie?” he says. “What’s up?” I reply. “Settle something for me,” he says. “Lucasita doesn’t believe me about last night.” Michael Webb, Fifth Inning

He pushes his way to the counter and orders a whiskey to settle his nerves. God, but that dog was a powerful beast, he thinks.

It’s just I was talking to these religious people. And? They were talking about destruction and death.

I edge away. My legs hit something, and I stumble unceremoniously back onto a padded bench. Books stare at me from the pew ahead. Holy Bible. Hymns.

Inside the house, the musty smell reminds Sybil of how long it’s been since Ray Renke put his mother into assisted living, yet the place has remained exactly the same, the crocheted throw over the arm of the sofa, the stack of crossword puzzles on the coffee table next to the remote.

I walk down the street and I see men with big moustaches and cowhorns dangling from their belts glaring bog-eyed with their lips curling into high altitude snarls.

I feel sorry for Peregrine. Mum is forever fussing over Seph, carrying her round the house like a handbag, letting her sit on her lap at meal times, giving her tidbits off her plate, “Look Nadia, Persephone likes your Apricot Chicken.”

Or, at least, there should be toast. The bread is sitting in the toaster and then Ned remembers that he didn’t actually press the lever down. He shrugs his shoulders and presses the lever.

I know you’re the one with all the power. So let’s make a deal. You said a story a day, right? Ok. Here’s my next one.

Mrs. Franklin leans out to peer down the street where Joyce directs her beanpole husband as he washes their car. “She’s a prickly one, is she?” “Maybe so much time with manure and veg has taken a toll.” Rachel taps her temple.

“A jar is not a bottle. And a jar is not focked by definition because it’s a jar. A bottle is tapered” – my hands flash though the air outlining a tapering bottle – “and has a small opening at the top but a jar is the same circumference all the way up, usually.” And again, my hands carve the air creating an impromptu jar. “Like a wheat silo except made of glass and a lot smaller.”

Matt Potter, Morgana Malone and the Riddle of the Sands of Time

Are you getting any, Savannah asks. You mean tonight? I say. Tonight, tomorrow. There’s a poet I’m interested in. But she’s in Oregon.

Immediately he’s four strides behind the pack. His bare feet slap against the rubberized track, but the sound of his balls smacking back and forth on his pasty thighs drowns them out.

Doreen scratches at what I imagine was recently her waist, maybe where her knickers pinched her. Instead, her hand slices right through her midsection and her torso gapes wide open.

Kimberlee Smith, We Have Company

There’s a lot more to Jim than being nice – in fact, it’s far from the most interesting thing about him – but that’s for you to learn. Do you want to?

I want it to be night already and to be with David … yummy, yummy David. He wouldn’t tell me where we’re going. Some gourmet restaurant, and I’m supposed to “dress up.”

Temple told me that she was homeless, a sex worker, and intersexual. “Both parts,” she said simply. “I help open people up to their own sexuality. I’m a temple goddess reincarnated.” I smiled. I supposed I’d heard sillier things.

h.l. nelson, Visit to the Temple